I recently became a parent. I was nervous. My friends helped me through that. By giving me advice and reassurances.

The way that helped me is I started thinking about what was bothering me and I came up with a sort of theory about the anxiety. 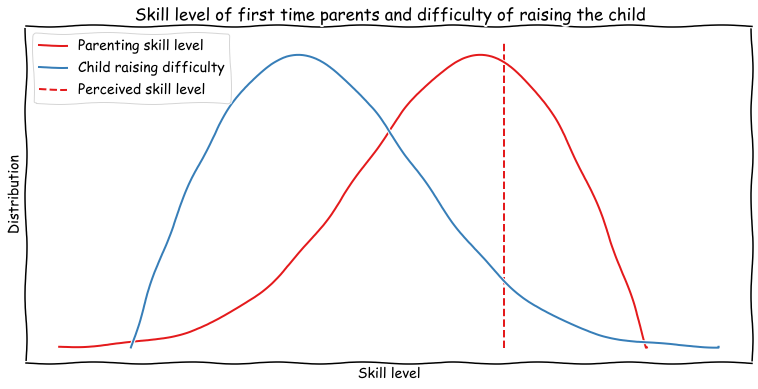 Then I propose that the distribution of children and first time parents looks like the figure above.

The exact functional form of the curves does not matter much, and I’m taking liberty with the definition of “success” here.

As a parent, one has a perceived (latent) skill level, denoted by the dashed line. It is slightly above average because almost everyone thinks that they are above average.

A quantitative measure of anxiety of the parent is the area under the curve where the difficulty of raising a child is greater than the skill level of the parents.

Advice 1: “Your skill level is good”

This advice best comes from close friends who are likely to know you well. It improves the perceived skill level of the parent, and thereby reduces the anxiety because the area under the curve beyond the skill level decreases.

It comes in many forms, including but not limited to: 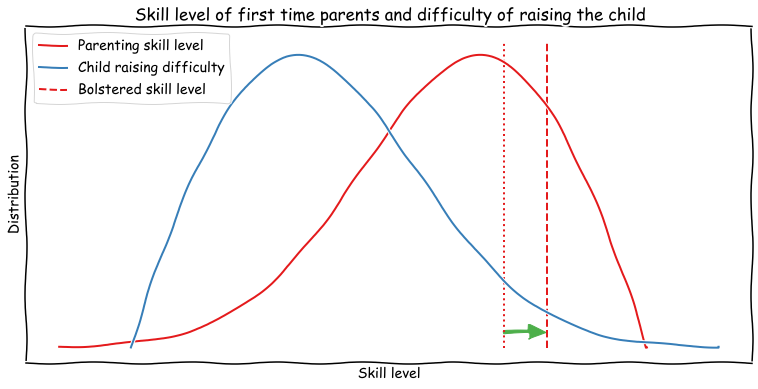 This is the advice which best comes from existing parents. It translates the perceived difficulty of raising children in general and again helps reduce anxiety because less of the area under the curve lies beyond the perceived skill level of the parent.

It too comes in many forms, including by not limited to: 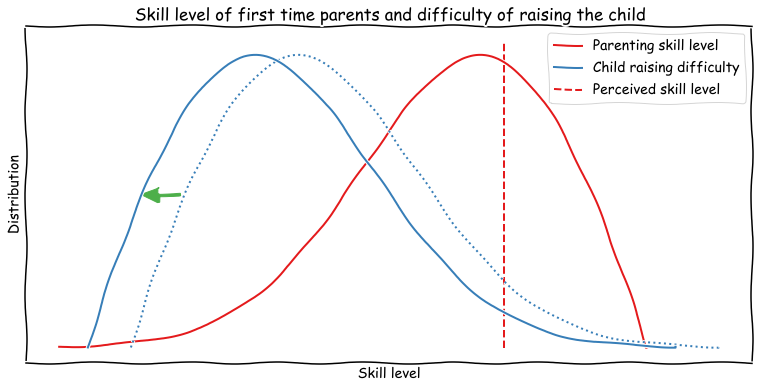 So there is not much space for improving the perceived latent skill level. On the other hand, the difficulty of raising a child has more “give”, and can be reduced much more.

Anyway, so thinking about this is how I managed my own anxiety.